Mixcity Incorporated was founded in 2008 by Abhishek Mistry, Vincent Carey, and David Barese with the mission of using software solutions to make life easier for the average disc jockey. KueIt, our first product, replaced bulky expensive hardware devices and remains an industry standard product to date. JammText is revolutionizing the bar and nightclub scene, redefining how audience members communicate with DJs and bar/club managers. 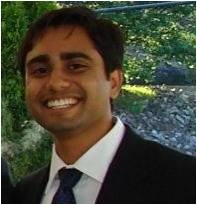 Abhishek Mistry is the lead developer for Mixcity. Abhishek has always had interests in both technology and business. He holds undergraduate degrees in computer science and economics from Cornell University. Abhishek worked at software companies such as IBM and amazon.com, but he wanted to do something more business-oriented. After completing a doctoral degree in finance from New York University, he moved to the financial industry. While at J.P. Morgan, Abhishek analyzed large sets of data and produced market-valuable information that he relayed to clients. Throughout this he worked to automate processes and reports and spent a great deal of time working with the IT team to design the interface for a web-based suite of bond calculators and analytics. With over 10 years of experience developing and applying technology, Abhishek is excited to propel Mixcity forward through new horizons. 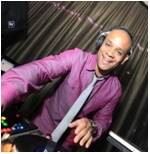 Vincent Carey (DJ MISTER VINCE) is a world-renowned DJ with over 22 years of experience in the industry. Vince has performed on MTV, BET, and at some of the hottest clubs in Hong Kong, St. Tropez, Moscow, Ibiza, Paris, St. Martin, and many other cities around the world. He owns Global Wide Media, the company that produces Full Throttle Radio, a weekly internationally syndicated radio show hosted by Grammy Award winning Fatman Scoop and by Mister Vince himself. Full Throttle Radio can be heard in 23 U.S. cities and 9 countries. Vince has interviewed powerhouse celebrities such as Diddy, Alicia Keys, Chris Brown, and more. Vince got his start in the music industry as the Director of National Urban Promotions for Tommy Boy records and has also been accredited for producing the well known syndicated powerhouse shows, Ed Lover and Dr. Dre's "The Jumpoff" and Walt Baby Love's Urban and Adult Contemporary shows. Vince has been one of the creative minds behind Mixcity's product design, marketing, and strategy. 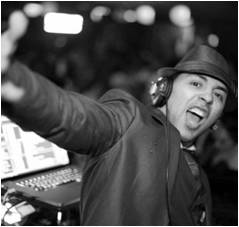 David Barese has been DJing since middle school and coding even before that. Traveling all over, David has performed in nightclubs in Dubai, Paris, Marrakech, Miami, and Alecante alongside artists such as Big Ali, Rob Base, G-Unit, Ne-yo, and Ryan Leslie. Aside from spinning every week in clubs in the New York area, David also produces beats and is a part-owner of an Italian restaurant. In terms of programming experience, David has worked on a number of web-based projects, ranging from email marketing campaigns to website design and implementation to server backend programming. Working in conjunction with Abhishek, David developed the KueIt software program, and he has been the lead developer on the JammText frontend. David's philosophy is where there is a will, there is a way. He finds solutions where one is not apparent, and it is this relentless creative energy that has been invaluable to Mixcity.